Walking Plaka’s car-free alleys, you ‘ll come across, the Ancient Roman Agora and a Turkish Medrese school. Byzantine churches, red roof early 1900’s neoclassic houses, the city’s first university and Athens’s oldest house are examples of a great architectural substance in the city of Athens.  Plaka is one of Athens most beautiful neighborhoods and a top place to explore on foot. Have Baggagement take care of your luggage and give yourself an amazing 90 minute walking tour. If you are with company, you can easily sell this to your friends as a unique time-travel experience! 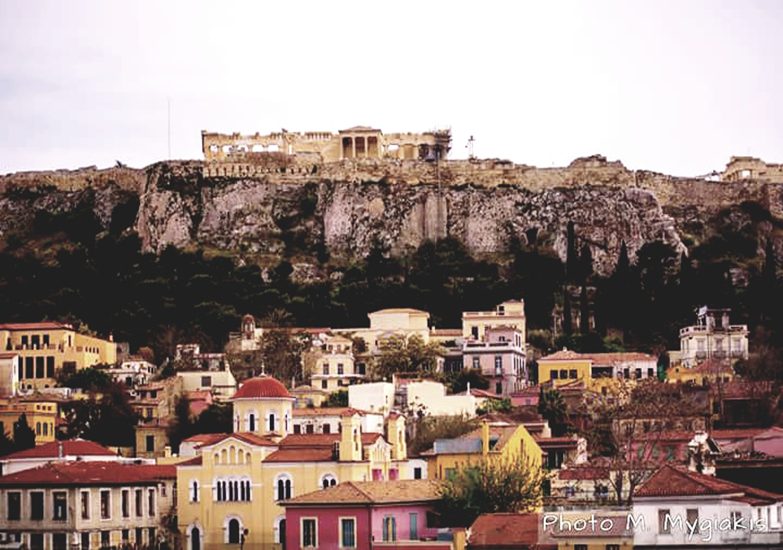 Ride your time-capsule (Athens metro) and get off at Monastiraki  . As you go up the last escalator before the exit, take a look at the art installation on the ceiling. It’s called: “Time in my Hands” – and should put you in the right mood for your walk. Outside the station you can buy fresh fruit and snacks from the street vendors before turning right on Areos street. Walk past Hadrian’s Library and towards the Roman Agora. On the corner of Pelopida and Panos streets, you can see the Fethiye Mosque, a beautiful stone and brick building. It was consecutively used as a temple, prison, army bakery and storage area for the Agora’s ancient finds. Just around the corner, stands another unique sample of Ottoman architecture: the big wooden door of the Medrese school. The door is about the only thing that remains of the original building. 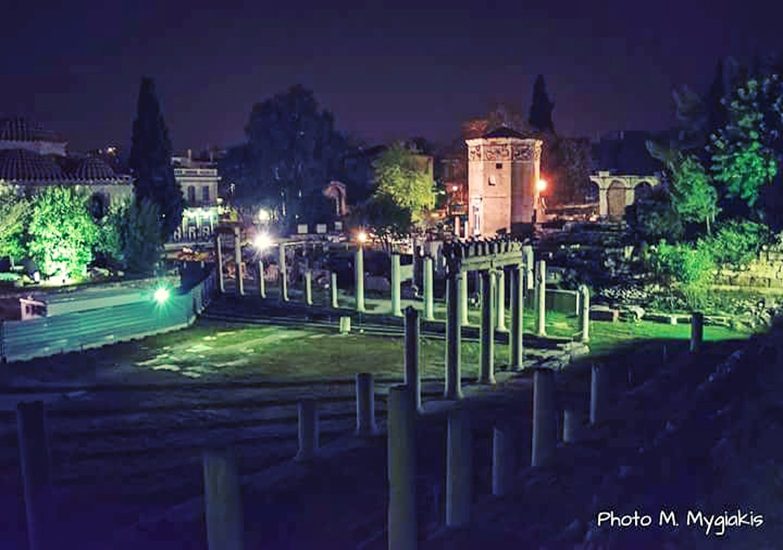 The Tower of the Winds and City’s first University.

On the other side of the Roman Agora, you can marvel at a monument of ancient mechanics: The Tower of the Winds. This octagonal marble tower served as a solar clock with a back-up hydraulic mechanism. On its top stood a wind vane, right below which personifications of six different types of winds are sculpted into the marble.  Look for Lysiou, a street turned into a mini running track during the 2004 Athens’ Olympics. 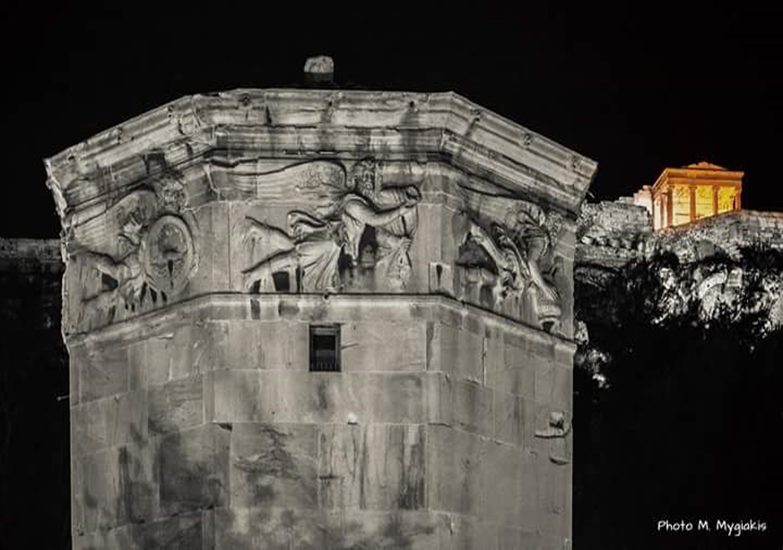 Then head uphill to 5 Tholou street, where you can see (and visit) the city’s first University, inaugurated with canon shots back in 1837.

Look carefully to find the next stop on this tour, as this gem -the church monastery of Panagios Tafos (Holly Grave)– is hidden behind a tall white wall at 18 Erehtheos str. Built in 1858, it features a peaceful courtyard. Take a break on one of the benches to ponder about the tunnels. They are said to link its cells to other underground spots around the Acropolis. Benizelou Mansion, the final stop in this time-travel walk, is also a museum. Built in the 16th century, it is considered to be Athens’ oldest house. Visit the museum (entrance at 96 Adrianou street) to discover the moving story of the girl who inhabited the mansion. Otherwise, walk around the wall to its back side, to catch a glimpse of the impressive building. And make sure you don’t miss your train back to the future!

This website uses cookies to improve your experience while you navigate through the website. Out of these, the cookies that are categorized as necessary are stored on your browser as they are essential for the working of basic functionalities of the website. We also use third-party cookies that help us analyze and understand how you use this website. These cookies will be stored in your browser only with your consent. You also have the option to opt-out of these cookies. But opting out of some of these cookies may affect your browsing experience.
Necessary Always Enabled

Performance cookies are used to understand and analyze the key performance indexes of the website which helps in delivering a better user experience for the visitors.

Analytical cookies are used to understand how visitors interact with the website. These cookies help provide information on metrics the number of visitors, bounce rate, traffic source, etc.

Advertisement cookies are used to provide visitors with relevant ads and marketing campaigns. These cookies track visitors across websites and collect information to provide customized ads.

Other uncategorized cookies are those that are being analyzed and have not been classified into a category as yet.

SAVE & ACCEPT
Powered by